However, translations are available of the interfaces, sample data and help screens in a large number of languages.

If no language pack is available for your required / prferred language, instructions are available for creating your own translation, which you can also contribute to the community by starting a translation team to create an accredited translation.

Translations of the interfaces are installed using the extensions manager in your website administrator area and then managed using the language manager.

There are a number of extensions that can help you manage translations of content available in the Joomla! Extensions Directory.

Installable Language packs are available in the following Languages. Do note than a number of these translations may be at various stages of completeness - they are often produced by volunteers who contribute the translation pack to the Joomla community.

For articles, tips, hints, tools, videos and much more relating to Mobile Phones, and the mobile phone industry, visit. . .

For more about the travels of the UsingJoomla.com Website developer, visit . . . 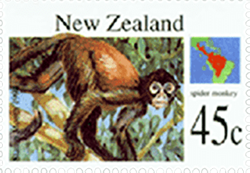 For images, hints and tips on New Zealand postage stamps and philately